As the COVID-19 outbreak continues to spread throughout the communities where we live and work, in order to continue to help protect the health and safety of our candidates, clients, and employees, we have made the difficult decision to temporarily close our owned until further notice. However , we are available online for all your enquiries and designing requirements. For the orders you will be making ,shipping delays may occur. We highly apologize for the caused inconvenience. Dismiss 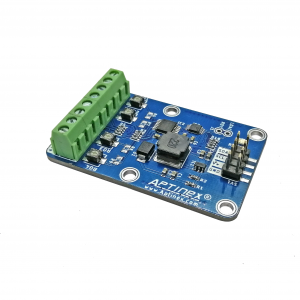 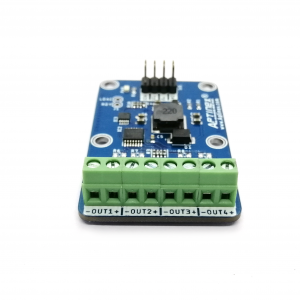 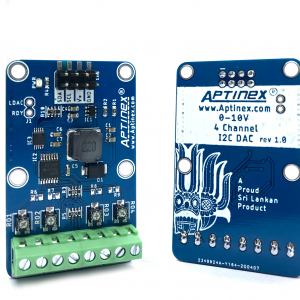 In Data Acquisition, Digital to analog conversion plays a crucial role. A Vast number of devices and equipment types are out there which can be controlled by voltage variation from 0V to 10V. Aptinex DA4C010BI is a perfect solution for this. This module is using I2C as its communication protocol and therefore major microcontrollers or other hardware platforms can use this without much of hustle-bustle. Unlike its single channel predecessor DA1C010BI , DA4C010BI is having the capability of controlling 4 Channels at once.

DA4C010BI uses MCP4728 I2C DAC IC with an on-board power boost and rail-to-rail signal amplifier, which takes 0-5V output of the DAC and covert the same to 0-10V DAC signal. This 0-10V output is programable with 12-bit resolution which will be having 4096 levels of voltage as output and with an accuracy of ±1%.

Three modes of operation are supported.

It is possible to interface this module with the following platforms. 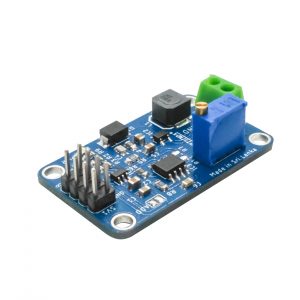